Reflection as a Sale Sharks player 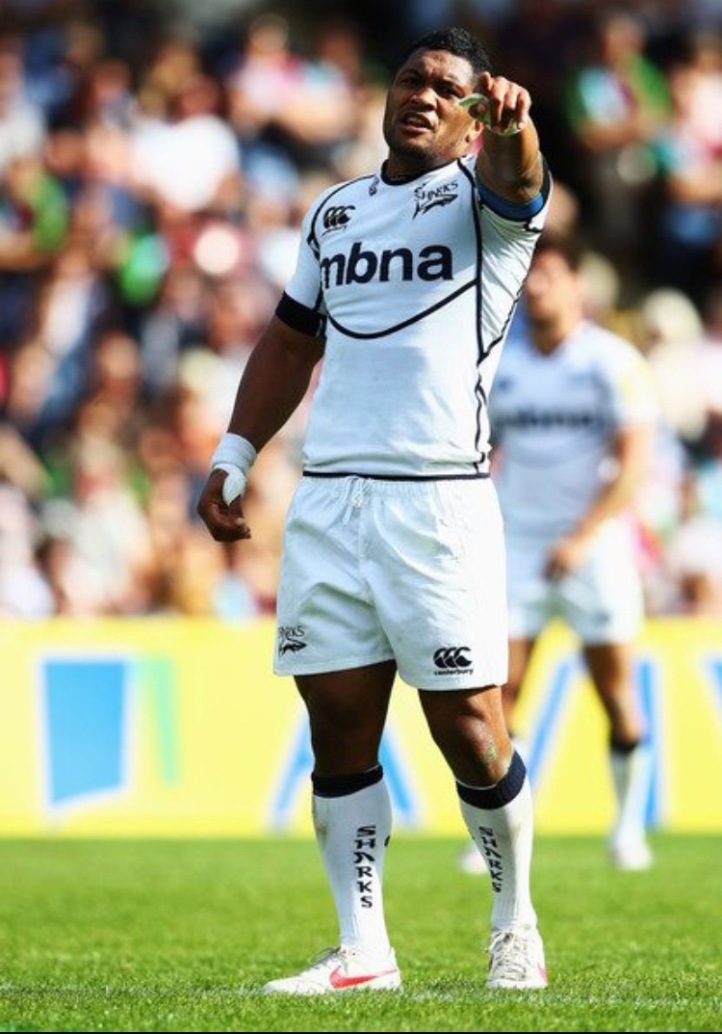 Wow, 8 years has flown by so quick!

It doesn’t seem long ago that I left New Zealand for Manchester to start my first contract with Sale Sharks. Who knew that I would come here and settle in England.

It wasn’t my first time going to England and to be honest, the thought of going back to the cold was depressing. Before I arrived, my mindset was to play over here till I was 30, have another child, and head back to NZ. Well, we all know how that ended. 5 kids and still here.

How it started for me.

After seven great years with the Mighty Manawatu Turbos, two seasons with the Highlanders and wider training group with the Hurricanes, Samoa management had emailed me to trial for the upcoming Pacific Nation Cup, with a chance of making the World Cup squad in 2011.

Whilst we were in camp I connected with the other boys trialing and went out for a few cold ones. I was yarning to one of the boys Tasesa Lavea who had just signed with Sale Sharks, and he mentioned that they were looking for a midfielder and he would put my name through to Steve Diamond. After a few conversations with Dimes we decided to sign a two year contract. Me, my wife Liana and our 7 year old daughter Brooklyn all thought it was the right time to add a little face to our family and so all our ducks lined up well for us.

From the first time I met my team mates at the Sharks I knew it was gonna be an easy transition into this team. Obviously with my accent and slang it was a slow start when we would converse! Boys said I would speak too fast for them and I thought the same when they were talking to me.

When they would say ‘Alright?’ my reply would be ‘yes I’m good thanks, You?’, then they’d look at me weird. After a while boys explained it was like saying Hi, Hello etc and it didn’t need an actual response!

Then you had words I just didn’t understand, like daft (silly), hangin’ (disgusting), mingin’ (unpleasant), buzzing (excited) and Our Kid (close friend) – to name a few. To be honest I couldn’t really tell the English, Welsh, Scottish and Irish accents apart either so you can imagine what the Scottish lads were like when I asked them where about in England they were from.

Learning on the run.

I came over a month earlier than my family to get everything sorted and in place for when they arrived.

I’m not gonna lie it was tough for me as I was born and raised in a small city compared to Manchester, where everything was 5 minutes around the corner from our house. Down the road in Manchester can mean 20-40 minutes. There were a lot of challenges to get my head around… like getting a TV license; understanding council tax for tenants; getting car insurance; registering with a GP; applying for schools through the council not the school; working out how to get a bank account without an address, or an address without a bank account… and then mix all that in with adjusting to the style of rugby, long seasons, and the worst of all – the weather!

Individually these are really easy things to do, but they were all new and all on top of each other, and so it was tough… it was a balancing act. Having to learn all these things on the run was a journey on its own, but now I am now in a position to be able to help others at the start of their journeys.

There were a lot of sacrifices for my family when we moved to Manchester. By being in England and away from our family at home, we missed out on a lot of family gatherings, birthdays, reunions and the hardest of them all bereavements. After my wife had our son in the first year here, she decided that she wanted to play netball for NZ again so she would live in NZ for 8 months of the year and spend 4 months in the UK. The kids stayed with me and she travelled back and forth. Same happened after our third child came along but baby would travel with my wife everywhere. Liana would always get back on court not long after babies. Then the time came where our eldest child Brooklyn started going to high school and she needed her mum around more than ever. My wife and I knew that this day would come at some stage, where one of us would have to give up our career. My wife ended up giving her international career up so she could be here to support Brooklyn in the start of her teenage years.

One of the best things about being a professional rugby player is you get paid to hang out with your friends and experience life with them. I’m so grateful to have come across some very special people in my time with the Sharks. Started as friends and now brothers. This is one of the reasons why I have stayed at the club for so long. I enjoyed every moment with the people involved with the club and still remain close with a lot that have left. Through the good and bad times you find out a lot about yourself and your brothers.

Outside of our rugby circle we made friends who again became family. It’s always nice having an extended family away from home. Always a helping hand and offering support for the kids and a social life.

The professional game without fans and sponsors wouldn’t be possible. I learnt that through the struggles of my home team Manawatu Turbos. Where the Turbos would have been scrapped from the ITM cup 2010 if it didn’t break even from $450, 000 deficit. The community as well as one of the big sponsors Higgins contractors saved the day, and if it wasn’t for them we may not of had as many players making higher honours including myself. So I enjoyed my time mixings and mingling amongst Sharks fans and sponsors plus I’m very grateful for the way they have made me feel so welcome since joining the club. I have got to know a lot of them personally and now I can enjoy sharing a pint (or five) with them.

I have seen life from a different perspective as a player. Rugby to me wasn’t about being famous or getting paid a lot of money, it was about the being the best person I could be. Giving my all for my team, my club and my family. If I could do that then I was achieving my goal of becoming the person I want to be. Money wasn’t everything but it played a part in some of it. Now with my rugby I don’t take it as seriously as I used to, I’m just trying to stay uninjured. Next time an injury hangs over me I’ll call it a day.

I am now in my Sixth week of the ‘real world’. Things are very different to being a player, but I’m enjoying it so far. I am still trying to find my feet and learning a lot already out of the game, I know there will be a few rocky roads along the way, but I’m looking forward to the challenges ahead.

I want to thank everyone who has supported me during my time with Sale Sharks. It has been a privilege to have worn the Sharks jersey. I look forward to supporting the team this season so come join Uncle John for a quiet ones on the sideline cheering the lads on.